The Importance of an Alternator Bracket Seal in a BMW

The Importance of an Alternator Bracket Seal in a BMW

Regular maintenance and tune-ups are absolutely essential for the efficiency of your BMW. These luxury vehicles are finely crafted for the best possible driving experience. If issues arise, such as a broken alternator seal, it can spell disaster for your car and your checkbook if not dealt with properly.

Alternator Bracket Seal: What It Does and How It Works

Let’s start off with the basics. We’ll go through this step by step. The alternator is responsible for helping to charge your BMW’s battery. It does this by converting the kinetic energy created by the car into electrical power that the battery can use to power things like the air conditioning and dashboard.

While it’s not common for BMW to make bad parts, the alternator bracket seal is a common source of issues for many drivers. The seal is actually a seal-gasket combination, which turns out to be highly inefficient, particularly in older automobiles that have acquired more mileage.

Why is it so important?

You may feel compelled to ask what the big deal is about the alternator bracket seal. The answer is: just with any other seal in the engine that holds in oil, when it breaks, it will result in an oil leak. Oil leaks are terrible for your engine’s health and performance, and can lead to overheating that may result in costly damage to critical engine parts.

If the oil leaks into other parts of the engine, it can cause problems other than those related to low engine levels. Because a broken alternator bracket seal is such a common problem among BMWs, it’s crucial for drivers to keep a lookout for any potential warning signs.

This problem affects many different BMW models, including the X5, the 745i, the e65 and the 550i.

In the best case scenario, you will catch a broken seal before low engine oil levels cause serious damage. The most common way to spot a broken alternator bracket seal is the visible sign of an oil leak. If you notice a puddle of oil under your car, you need to trace it to the source.

It should be noted that the oil leak may be caused by a hole or broken seal elsewhere in the engine, so don’t immediately assume that the alternator bracket seal is to blame.

If you don’t visibly spot an oil leak, it’s possible the problem will continue unknown to you, unless you keep a good eye on your BMW’s dashboard. The check engine or oil pressure light will become illuminated as oil levels drop.

How to Prevent and Fix a Broken Seal

Ideally, this problem could be prevented by the use of better parts for the alternator bracket seal. As this is not the case, the best way to prevent a broken seal is to take your car in for regular inspections and maintenance to a trusted and reputable auto shop where mechanics will be able to spot any current or future issues.

While the alternator bracket seal is but a small part in your BMW, its replacement is quite difficult without the right equipment. A motor mount is needed to remove several of the engine pieces, which most people do not own but a mechanic shop will.

If your car has a broken alternator bracket seal, the problem needs to be addressed right away. Ultimate Bimmer Service has the tools and knows how to fix your BMW’s broken seal without overcharging you. 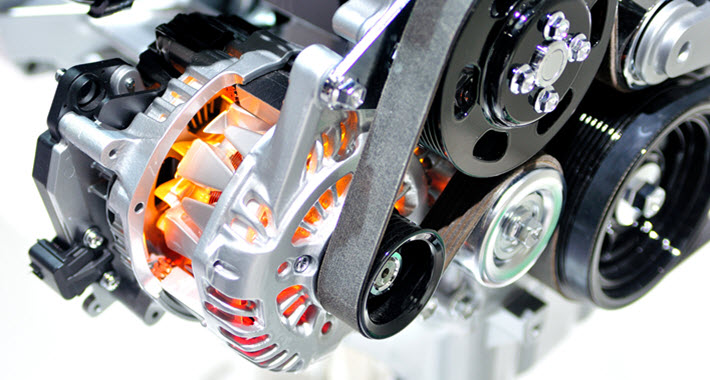 We proudly serve the Carrolton and Dallas, Texas communities with over 30 years of combined experience in BMW-specific service experience. Because our employees focus only on BMWs, there is no problem too big or too small.

Ultimate Bimmer Service promises to be there every step of the way, keeping you in communication and offering unbeatable customer service. If you’re having car problems in your BMW, visit our shop for the care and attention your car deserves.