Indications that Your BMW’s PCV Valve is Failing

Indications that Your BMW’s PCV Valve is Failing

All modern vehicles use a PCV valve. This is an innovation in the automotive industry that was invented to help control the vapors that are released inside your engine. These gases can cause damage to your engine, if not released from the compartment. However, you can guess that we don’t want these harmful toxins released into the air. The PCV valve is designed to regulate this, and when it isn’t working properly, it can cause your BMW many problems. Let’s continue to take a closer look below at this important component of your BMW.

What is a PCV valve?

The Positive Crankcase Ventilation (PCV) valve was designed and implemented in the 1960s. The valve solved a problem that plagued automotive designers since their creation: blow-by gas. At the simplest level of explanation, the PCV valve is a fuel vapor recycler.

Blow-by gases are toxic vapors created by the engine during combustion. They are mostly unburned fuel vapors. As you can imagine, these gases are highly toxic. Engine designers realized that these toxic vapors cannot be left to wreak havoc inside your engine, since they would break down the components inside the engine and literally ruin your entire engine compartment. Fortunately, the PCV valve was created and designed to properly ventilate and utilize these vapors.

This unique valve is under the hood of your BMW. It is black with a red handle. The valve is designed to suck blow-by gases away from the crankcase through the intake manifold. The valve recycles these back into the engine, where the vapors can be burned properly without harming the components.

If this important valve begins to fail, these highly toxic gases will remain inside the crankcase, allowing engine components to be systematically eaten away by toxins.

It is recommended that the PCV valve filter be replaced every 60,000 miles. Regular servicing will include a check of this filter, so your trusted BMW mechanic will alert you if they feel it is necessary to replace this before that mileage mark.

In order to recognize if your PCV valve filter is in need of replacement, watch for these below symptoms and warning signs:

The PCV Valve Can Become Stuck

It is possible that the PCV valve can become stuck, failing to do its job to reduce harmful vapors from circulating in the engine. However, there is another sensor that mimics the same problems. This is the MAF sensor. It has similar symptoms as a stuck PCV valve. The MAF sensor is easier to repair. Tell your mechanic if you note any of the following, which could point to an malfunctioning MAF sensor:

At home, you should never attempt to replace or fix the PCV valve. It is a critical component of your BMW that protects the rest of its parts from costly damage. Put clearly, the risk is just not worth it. 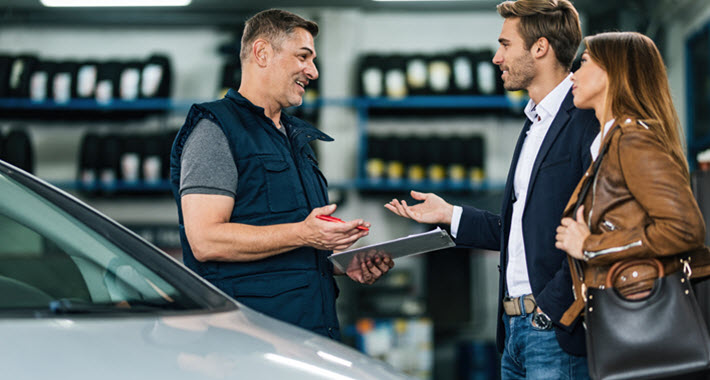 In addition to the replacement component, PCV repair and replacement can also entail the purchase or rental of specialist equipment, which means that it would possibly end up being more costly than having a professional swap it out for you. You will not get the peace of mind or the durability that comes with professional repairs, either.

At Ultimate Bimmer Service, we offer over 30 years of experience in BMW repair in the Dallas and Carrolton, TX areas. We provide services that will keep your BMW at its optimum performance level and driving comfortably for years to come.