The most-sold, most well-recognized, and most popular BMW models in the history of the brand is none other than the incredible 3 Series vehicles. The engineering in the various models, whether it be the Gran Turismo or the Sedan, makes these cars outstanding in handling, performance, and endurance—just to name a few aspects of perfection. While we recognize that no machine is indeed perfect, BMWs come quite close (even though we’re biased). It’s important to remember that your BMW has its own susceptibilities that you should be aware of. Even the incredible 3 Series cars have their share of problems. 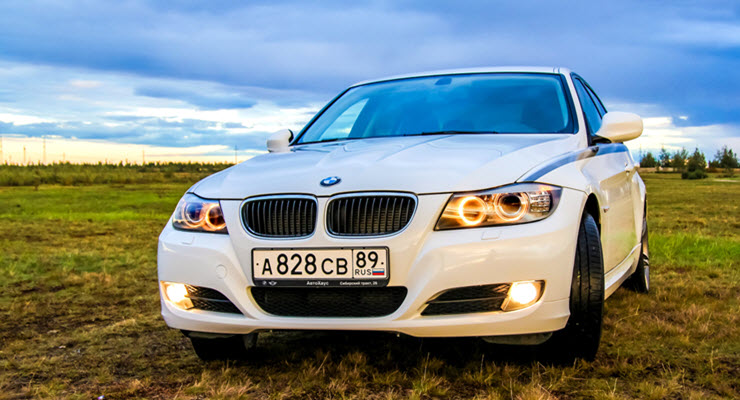 One issue that we’ve come across in our shop more frequently over the years in 3 Series vehicles is ball joint failure. Generally-speaking, BMW suspension components are more than solid; however, every model has its own unique problems. Suspension is one of the most attractive components of all BMW models; they mimic the steering and handling of a racecar, but in a far superior and comfortable setting. If you suspect that your BMW’s suspension is suffering, it could be related to the common issue of ball joint malfunction—especially if it’s a 3 Series. Here is some more information on what a ball joint does for your car and a few of the common symptoms that could point toward a related suspension problem.

What are ball joints?

Pretty much all cars are fitted with ball joints as a component of their suspension system; however, ball joints are not meant to last forever. Although the 3 Series ball joints are especially susceptible, ball joints can wear out easily depending on the driving habits of the person behind the wheel and the frequent conditions the car experiences. For instance, while it’s okay to occasionally traverse roads that challenge your Bimmer’s suspension (i.e. bumpy or unpaved roads), they can wreak havoc on your suspension if you expose your car to such conditions frequently. Ball joints connect the control arms to other suspension components, and are responsible for keeping the suspension pivoting smoothly while turning. There are common symptoms associated with failing ball joints, and as you might guess, they’re all determined by the quality of suspension functioning.

When a ball joint becomes loose or worn-out, noises are typical for the driver to hear. Automotive shops rely heavily on the driver’s description of noises they experience in order to replicate the problem or to help diagnose the issue properly. Clunking or the sound of loose-moving parts is typical of ball joint failure, particularly when the suspension is challenged on bumpy drives.

When ball joints become worn, the 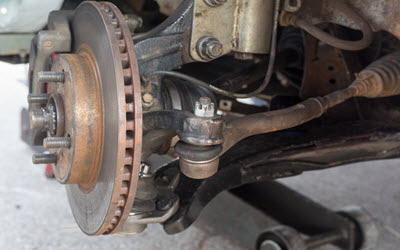 area for movement becomes greater within the socket and they tend to shake and vibrate vigorously. Usually the problem is isolated to the front right or left ball joint; however, it is usually recommended that both ball joints be replaced—especially if you drive a 3 Series. In such cases, it’s certain that the effect of the other failing ball joint placed added strain on its counterpart, and it’s usually only a matter of time before the other one becomes worn out too.

The signs of wheel misalignment are unmistakable, but they can be caused by a number of issues which is why a differential diagnosis is critical when it comes to BMW suspension issues. If you notice that your car cannot maintain a steady, forward pace without drifting to one side or the other on a flat road, then you’ll need to have an inspection performed to be thorough. Fixing wheel alignment without fixing the ball joint first will only mask the symptom of wheel misalignment temporarily.

How we can help

The BMW specialists here at Ultimate Bimmer Service pride themselves on their expertise in the wide variety of common BMW issues. Diagnosing is the most critical part of the automotive repair process, and ball joint issues are no exception. After we conduct a thorough suspension inspection, we can assign the proper diagnosis and your BMW can be on its way to greatness again. Since suspension issues are common in some BMW vehicles, such as the 3 series models, we are especially knowledgeable on the topic. Contact us today to schedule an inspection or diagnostic procedure—we will perform any repairs with accuracy, efficiency, and always at a competitive price.